Over the past few years non in the first time Gomel City Council of Deputies «started» the process of creating bodies of territorial self-government. Council watched for a long time and tried on a different experience in other cities… And now finally decided, but … there was confusion. 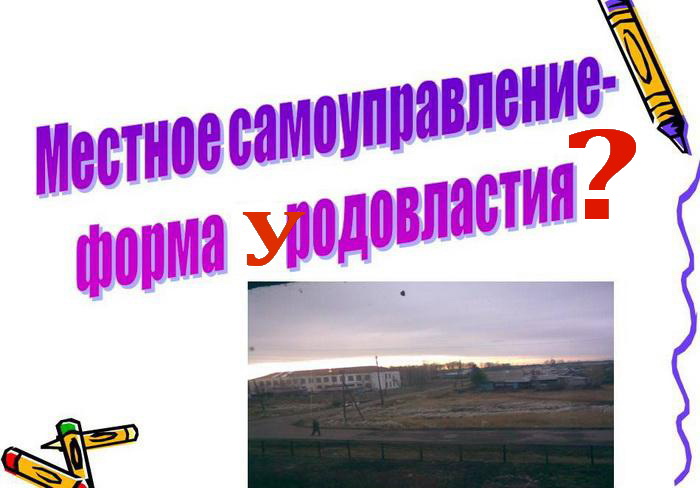 Went through the “proven way”…

In November 2014, Gomel City Council of Deputies incorporated in the agenda of the seventh session the issues of territorial self-government bodies in the city of Gomel. The Chief of the City Council — Ivan Borodinchik said: «Gomel`s dwellers need to be indifferent to what is going on … they need to participate in solving problems, related to the quality of accommodation …».
Head of the department of organizational and personnel work of City Council Tatiana Marchenko explained that today there is no clear unity in structure, that necessary to have. In the preparation of the issue, it was explored and analyzed experience in Minsk, Grodno and Zhlobin. All these cities went towards the creation of territorial self-government in the territory of housing offices.
At the beginning of November 2014 Gomel went after the Minsk, Grodno and Zhlobin on the proven path. And after two weeks managed to go to a dead end … On 26 of November 27 commissioners by the disposition from the high authorities held meeting for creating the Committee of public self-government in the territory of the housing office 9 «Selmashevskoe.» They approved the Statute and elected seven members of the Committee of TPSG.

Didn`t create, so at least «participated»

The author of these lines was elected among the 7 members of the Committee of territorial public self-government (TPSG). But when I started to check the documents, it was found that 3 members of the TPSG became members in the violation of point 1 of Article 29 of the Law «About local government and self-government in the Republic of Belarus». Members of the collegial body TPSG must be permanent resident on the part of the administrative-territorial district, in which creates this organ of territorial public self-government. That is, in the territory of the housing department-9.
It was just the top command given: «Choose, without limits!» … And there were «chosen»: deputy city Council of deputies Igor Korotkevich, district inspector of the district police department Andrey Suglob and vice director of school on educational work — Irina Makanina.
But they all don`t live on the territory of the creation of the TPSG body. Therefore, the process put on the brakes.
Today there is a lull in this question. Administration of Zheleznodorozhniy District is honestly acknowledged «the available gaps.» Gomel City Council of Deputies waiting for a clear and understandable procedure, creating of mechanisms from the regional Council of deputies. Gomel City Council is developing a unified form of the registration certificate of authority collegial TPSG … And concerned citizens on their places are «warmed up» — nothing is created, so at least «participated»

«Our House» offers you to get acquainted with an exemplary standard sample Regulation on the Committee of territorial public self-government (CTPSG) on the territory of competence of a house managements — housing department in the city of Gomel.

REGULATION
of Committee on territorial public self-government
on the territory of Housing Office №_ «_____________».

CHAPTER 2
GOALS, OBJECTIVES OF THE BODY OF SELF-GOVERNMENT

4. The main goal of of the CTPSG are the development and implementation of initiatives of citizens on local issues on the territory of the housing department-9
5. The main objectives of the CTPSG are:
5.1. assistance in the realization of the rights, freedom and legitimate interests of citizens;
5.2. rendering assistance to executive and administrative bodies, the Council of Deputies in working with citizens;
5.3. exploring, analysis and consideration of the views of citizens on the economic and social development, environmental protection and rational use of natural resources;
5.4. involvement of citizens for solving problems of improving safety, maintenance, exploitation, renovation of houses and adjacent territories;
5.5. participation in the activities of the social supporting of families and different categories of citizens, who need such support (children, youth, the elderly, the disabled and other categories of citizens);
5.6. assistance in organizing leisure activities of citizens;
5.7. participation in the organization of work with disadvantaged families;
5.8. supporting the revival and preservation of cultural values, national customs and traditions, the development of artistic and technical creativity;
5.9. supporting of charity;
5.10. assisting in work of the relevant authorities in the implementation of activities on prevention of offenses;
5.11. assisting in the implementation of lawmaking initiatives of citizens;
5.12.assistance in other issues of local importance problems.

CHAPTER 3
COMPETENCE OF LOCAL BOARD

6. With regard to the CTPSG local board:
6.1. decides on the establishment and abolition of the CTPSG;
6.2. approves regulations on CTPSG and makes changes and additions;
6.3. elects the members of the CTPSG of the number of authorized and decides to terminate the membership;
6.4. defines the organizational structure of the CTPSG.

CHAPTER 5
REGULATION OF ACTIVITIES AND PROCEDURE OF ABOLITION OF CTPSG

17. Meetings of the CTPSG, held as necessary, but at least once every six months.
18. Meeting of the CTPSG is competent if it is attended by at least two thirds of its members. Citizens are entitled to free access to the meetings of the CTPSG, participation in its work with the right of deliberative vote.
19. The decision of the CTPSG adopted by open ballot, a simple majority vote.
20. The decision of the CTPSG applies only to those citizens who live in the territory of the housing department — ____ and implemented on a voluntary basis.
CTPSG can be abolished by the decision:
Local board;
Council of Deputies in the case of systematic or flagrant violation of the law.

To register CTPSG next documents are applied to administration ___________________ district of Homel:
— application, formalized in the manner prescribed by the Gomel Regional Council of Deputies;
— Regulations of CTPSG approved by the meeting of commissioners;
— Protocol of meeting of commissioners, which contains information about establishment of the CTPSG, approved regulations about it and election of its members;
— a list of authorized participants of meeting with indicated name, first name, patronymic, date of birth, citizenship and place of dwelling;
— List of CTPSG`s members with the name, first name, patronymic, year of birth, citizenship, place of dwelling, place of work, home number (mobile) and working phone number, position in the CTPSG.
Andrey Aksenov